Feeling Small and Helpless These Days

There was an article in the Washington Post on Friday written by a man who fled Kosovo when he was 16 years old. It contained quote that I Immediately understood and have been trying to convey in my real life, which sadly, seems to contain a few (thankfully only a few)  fearful, hateful racists.  It was this:

"Abandoning your home during wartime is not a choice or a political opportunity. It’s a survival instinct, a frantic attempt to protect yourself and your children from violence, starvation or death. "

I am tired of people with such small imaginations and such luxurious lives that they cannot fathom what suffering must be like, and worse, cannot even consider helping. I am furious that harper's first response was that continuing the war effort in Syria was the most helpful thing Canada can do. I wondered why no one commented on the fact that we had just agreed to sell a whole bunch of arms to Saudi Arabia. (I hate Stephen Harper and his supporters with the heat of a thousand suns.  He is a small, small nasty man with no heart and I will never forgive him for the social damage he has done to this country.)

I can go to meetings to get 2 freaking years worth of paperwork started to be able to bring a family to my community.  I can give money to the Red Cross.  What I want is to do this: 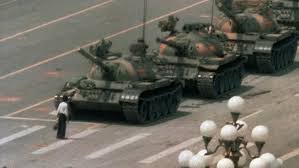 I want to get between all those people and those bullets.  I want to shout "STOP!" And what real use would that be? How can I get between a whole neighbourhood and a barrel bomb?

When I read about people who think the refugees are a bunch of jihadists and that North America is in some kind of peril I think it is nothing but a self fulfilling prophecy.  I think the more we react to this situation with hate and fear and unkindness, the more reason we give them to fear and hate us. There has been  a great deal of war and destruction throughout history in Europe, Asia and Africa. I often wonder how long it will be before it comes here. Because it will come here.
Climate change is a huge factor in what is going on in Syria.  Climate change is driving great masses of people out of their homes. No nation is addressing its contributions to climate change quickly or thoroughly enough that we will ever stop that. When our homes become utterly hostile to our existence, we have no choice but to leave.  And when we in the north who have NOTHING BUT SPACE! for Christ's sake choose to turn the fleeing away, I think we are only ensuring that we will eventually be met with violence.
The right thing to do is feed and shelter and care for our fellow persons.

The whole history of humans is about subjugation to some small, hateful group.  It is always a struggle for some kind of freedom.  I doubt that its going to change.  Maybe I'm an idiot, but when I don't know what to do, I ask myself, "what would love do?" And then I just do that.  Today I just feel so monstrously impotent.  Some day I hope I will figure out which tank I need to stand in front of.


Last weekend Michael Enright played a reading of Warsan Shire's poem "Home."  I knew two lines of it, but I had never heard the whole thing.

you only run for the border


when you see the whole city running as well

your neighbors running faster than you
breath bloody in their throats
the boy you went to school with
who kissed you dizzy behind the old tin factory
is holding a gun bigger than his body
you only leave home
when home won’t let you stay.

no one leaves home unless home chases you
fire under feet
hot blood in your belly
it’s not something you ever thought of doing
until the blade burnt threats into
your neck
and even then you carried the anthem under
your breath
only tearing up your passport in an airport toilets
sobbing as each mouthful of paper
made it clear that you wouldn’t be going back.

you have to understand,
that no one puts their children in a boat
unless the water is safer than the land
no one burns their palms
under trains
beneath carriages
no one spends days and nights in the stomach of a truck
feeding on newspaper unless the miles travelled
means something more than journey.
no one crawls under fences
no one wants to be beaten
pitied

no one chooses refugee camps
or strip searches where your
body is left aching
or prison,
because prison is safer
than a city of fire
and one prison guard
in the night
is better than a truckload
of men who look like your father
no one could take it
no one could stomach it
no one skin would be tough enough

or the words are more tender
than fourteen men between
your legs
or the insults are easier
to swallow
than rubble
than bone
than your child body
in pieces.
i want to go home,
but home is the mouth of a shark
home is the barrel of the gun
and no one would leave home
unless home chased you to the shore
unless home told you
to quicken your legs
leave your clothes behind
crawl through the desert
wade through the oceans
drown
save
be hunger
beg
forget pride
your survival is more important

no one leaves home until home is a sweaty voice in your ear
saying-
leave,
run away from me now
i dont know what i’ve become
but i know that anywhere
is safer than here