It's Minus Thirty in Atmon, But I Feel Fine... 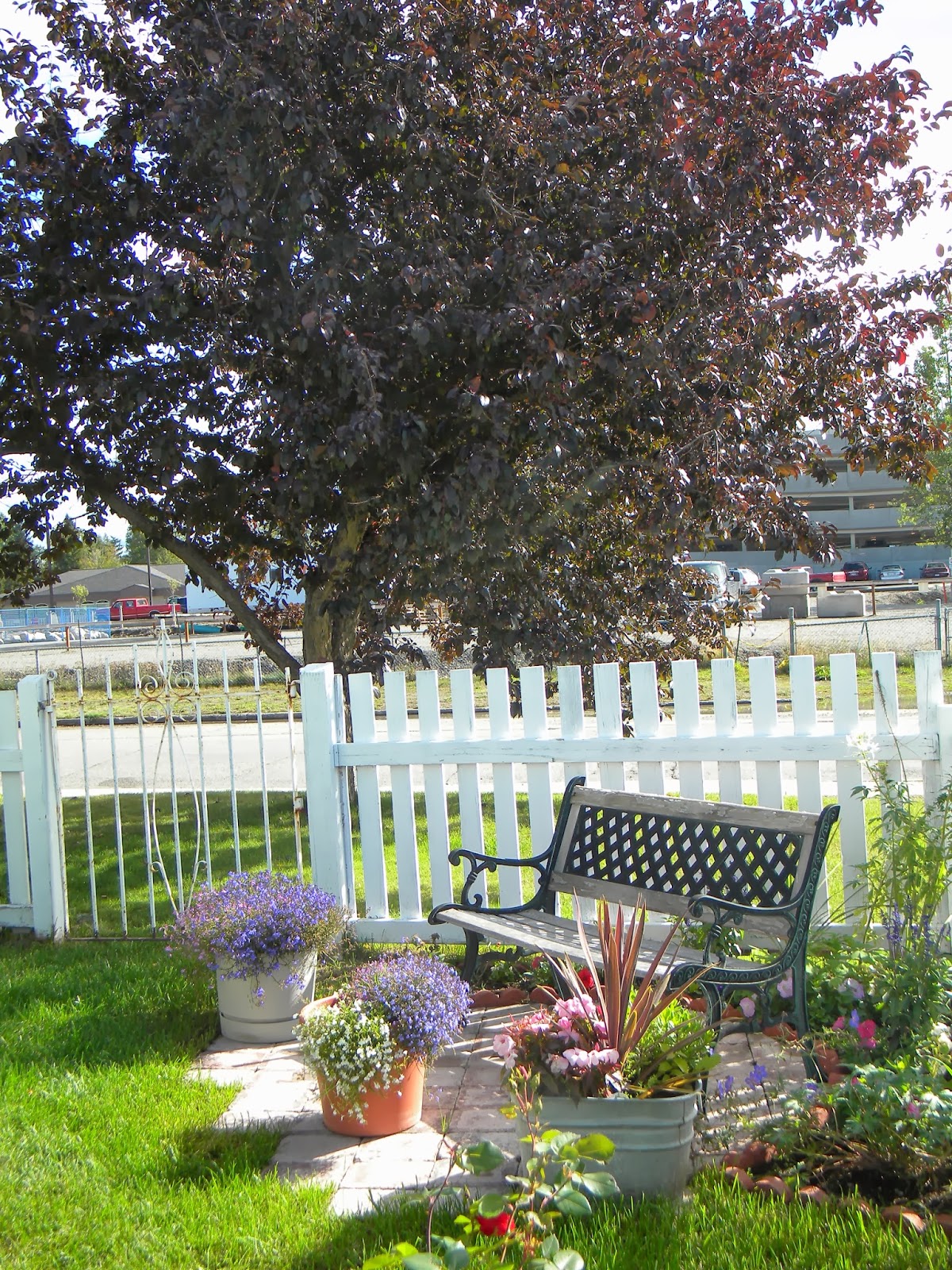 It's been between -25 and -30 at night for the last few days.  I sort of like the extreme cold for a little while.  It makes -20 feel much warmer when we get back there, and -10 is practically tropical.  That's a summertime picture of my yard,  by the way, not a wintertime one.  My camera is quite persnickety about the cold.  Also, winter tends not to be picturesque right here downtown.

Its funny how not much really changes.  Our country still seems to be run by liars and scumbags.  Also our province and quite a few of our towns and cities.  I may not have been writing, but I have been making myself disagreeable to all the "conservatives" I know and work with.  I am even swaying them a little bit.  Actually, I have not been doing it by being disagreeable.  I have been being quite kind and patient.  I'm well aware that I'm not going to win converts by first telling them what a bunch of selfish creeps and bastards they are.

So I have been depressed.  I mean beyond the fact that loggers are mulching bears in our forests, we have killed off a bunch of starfish and the black rhino, the industrial pollution machine is cranked into high gear and the olympics are in Russia where its state sanctioned fun is beating up gays.

I have been depressed for as long as I can remember.  I've been medicated a couple of times for it, and if it ever gets that bad again, I could be again.  But medication, after a length of time, just makes me numb, and frankly, that's worse.  I am no longer a danger to myself, but only because I have nearly 40 years of experience with this.  It passes. I know this about myself  now and I wait it out.  What I don't do is ask for help.  Now.  I would not necessarily say others shouldn't ask for help, but I never will again.  Why not?  Because 8 years ago I took a lot of codeine.  It was The Offspring who caught me and made her dad take me to emergency.  (I know I did a terrible thing to her and there is no way to make it right.) In emergency, the nurses treated me like I was a great waste of time, which is why I didn't ask for help in the first place, and the doctor asked me if I had a job.  When I confirmed that I did, he said, pointing at the offspring and her dad, "you have a family who love you and a job.  You have no reason to be depressed. Go home and behave."

I have had everything tested that could be tested.  I used to have a fun old British doctor who tried to get to the bottom of this. There is nothing wrong with me.  I am in robust good health.  One time he quoted this at me in his fine accent:

"I only drink Champagne when I'm happy, and when I'm sad. sometimes I drink it when I'm alone. when I have company, I consider it obligatory. I trifle with it if I am not hungry and drink it when I am. otherwise I never touch it - unless I'm thirsty"

Wikipedia tells me Lily Bollinger said that, but Doc told me at the time that it was Madame Cliquot.  I asked him if he was prescribing me champagne, and he said with a shrug that maybe it wouldn't hurt. I am sure some people would think that was irresponsible, but I mostly thought it was funny, and funny kind of gets me through.  Another time, after a round of tests and even checking for sleep apnea, when he told me I seemed most peculiarly healthy, I said to him, "so its really just all in my head?"  He kind of nodded at me but then he laughed when I asked if we could cut off my head.

He retired without saying goodbye a few years ago and I have a nice new doctor who came to Canada from somewhere hot and this is his first winter here.  I don't know him very well on account of I have only been to see him once.  After we talked about the pulled muscle in my foot, I grilled him a little bit about who he was and how he liked Atmon, and I wound up encouraging him to try snowshoeing.  He is younger than Doc D was, but he has a sign in the office that says something about the patient eating a proper diet and getting enough exercise and quitting smoking will do more for the patient's health than the doctor can, which makes me kind of think he will not regard my desire to shuffle off as a mystery that he would like to work on with me.

Anyways I'm okay again.  I had a flu right after Christmas and I came out of it feeling like the first growth after a forest fire. That means I felt really quite alive and fine, if you have no idea what the hell I am talking about.  (Maybe the darkness in Atmon's winter has something to do with it.  On December 21, the sun didn't rise till 8:33 and it set again at 3:46.  Today it rose at 7:45 and won't set till 5:05.) I didn't take any classes in September.  The Offspring is graduating from the Furthest-Away-From-Home University in Canada in April and I am saving my money to take my partner and my mom and my sister and niece and The Offspring's dad along for the occasion. But my brain really missed school, and I missed young thoughtful people and so I am taking a film studies class this semester.  I also just finished another manual at work and it was kind of a struggle, but it's done and out of my hair and I feel like breathing about that too.  And I taught myself to play 4 lines of the Ode to Joy, and I play it whenever I feel down, and sometimes I think it sounds okay and I am happy and sometimes it sounds like I should quit already with the damned violin, and I hang the stupid fiddle up and do something else for a while, but then it calls me and I try again. And maybe that is a fine metaphor on which to end.  I hear a fiddle...