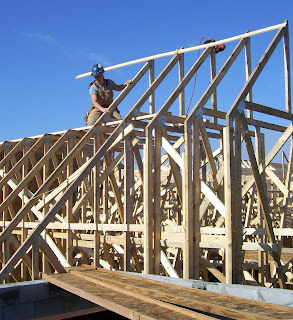 I'm trying to read the Canada-China Foreign Investment  Promotion and Protection Agreement. Its kind of tough slogging. I'll try to comment on it after I get through it and write to my (not) MP about it.

In the meantime I have some questions for our rotten governments about the whole foreign worker thing:

1.  If these are skilled workers, why are we allowed to pay them less than 15% of the prevailing wage?
2.  Which prevailing wage? The prevailing wage for that skill? Or the prevailing minimum wage?
3.  Why are these workers being brought into the country as foreign workers rather than being allowed to immigrate? (Maybe the answer is so that their employers and this rotten government can hold the threat of deportation more emphatically over them. If so, why is that okay?)
4.  What exactly are the oh-so-technical skills in a mine that Canadians are incapable of learning?
5.  Why the sudden need for so many workers?
6.  Why is it so important to get so much of our resources out of the ground and shipped off somewhere else in such a hurry?
7.  Do you really believe that there are no workers anywhere in Canada who are willing and able to do those jobs?
8.  What exactly do you have against Canadian workers?
9.  For that matter what is it that you have against workers, no matter where they come from, that  you want to treat them like shit?
10.  Are you really so stupid that you think this whole economic house of cards can stand if the people who do the work earn so little that their income taxes are insignificant and they cannot afford the things that bring you sales taxes?

There are fewer and fewer reasons to be proud of my country all the time. The notion of inviting people who are in desperate straits in their own countries to come here for work only to be treated poorly and paid poorly in order to bring down the wages and the working conditions for everyone in a country that was once known for its humanity is positively evil.
at 14:53